Learn how to get involved in the future of Philadelphia’s waterfront. The new Park at Penn’s Landing is being created by and for Philadelphians like you.

Take the survey to help make this park yours.

A Park for Everyone!

We loved hearing from you and want to know more about your thoughts on freedom, access, safety, ownership, and representation in the new Park at Penn’s Landing. Fill out the survey below to continue to share feedback about this groundbreaking new park. We appreciate your valuable feedback as we work to make our collective dreams a reality!

The new Park at Penn’s Landing will connect the city to the heart of the waterfront.

Stretching from Front Street to the river and Chestnut to Walnut Streets, the Park at Penn’s Landing will have plenty of green space and open areas to just sit and enjoy the water.

The Park at Penn’s Landing Survey

The new Park at Penn’s Landing is being created by and for Philadelphians like you. Take the survey to help make this park yours.

Find out about upcoming events, the latest news, and how to get involved in shaping the future of Penn’s Landing!

THE NEW PARK AT PENN’S LANDING

A wide variety of activities and features will be offered:

Open space for performances and festivals
Food and drinks of all types and tastes
Water features to cool off in the summer
New play area for the kid in everyone
Relocated Blue Cross RiverRink for ice skating
Plus, new amenities based on feedback from the community

A master plan for the future.

In 2011, the future of Penn’s Landing was first envisioned in the Master Plan for the Central Delaware. This plan became a roadmap to guide all waterfront development between Port Richmond and Pennsport.

After a three-year study involving input from the community, a team of designers and engineers confirmed that a new park space was possible at the waterfront. Construction is anticipated to begin in late 2021 and will be completed by 2024.

Thanks to city, state, and philanthropic leaders, the Park at Penn’s Landing will become a reality. This project will also include a new trail along Columbus Boulevard and an extension of the South Street Bridge to bring pedestrians directly to the waterfront.

Today, DRWC and its engagement team, led by PennPraxis; Little Giant Creative; SEAMAAC; Make the World Better Foundation; and the Village of Arts & Humanities is developing a major city-wide outreach effort. The goal is to cultivate the community’s vision for this new public space and help decide future programming. 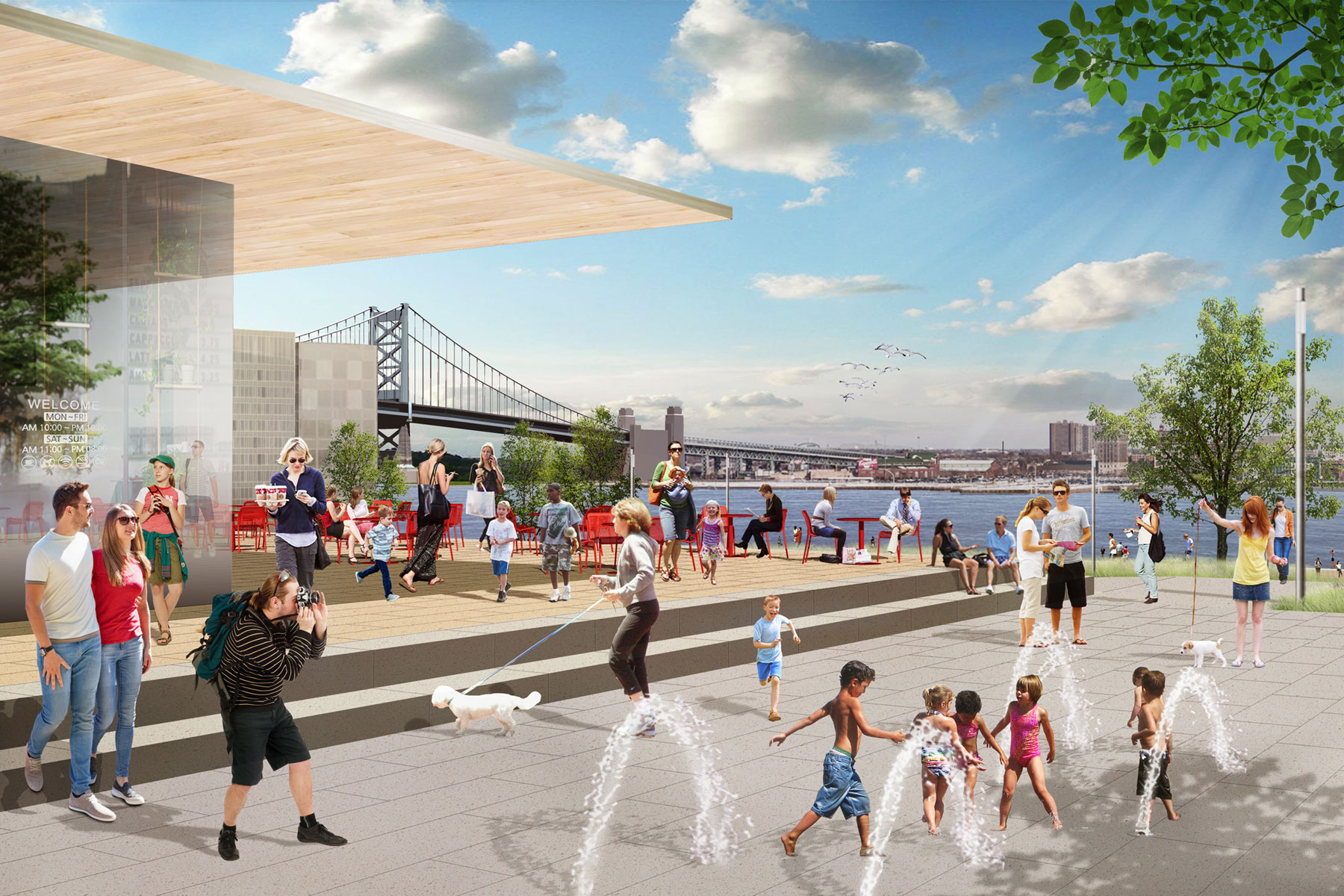